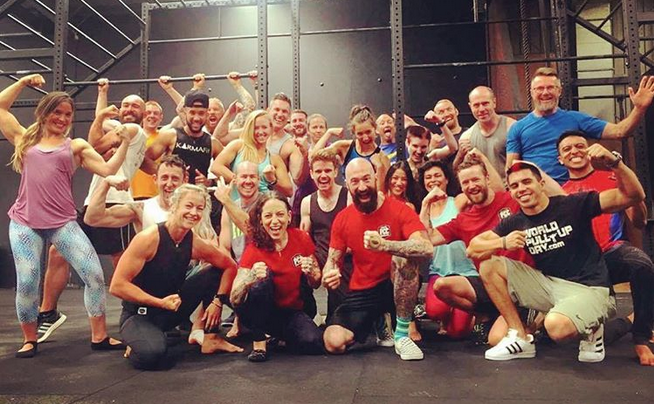 “Every new beginning comes from some other beginning’s end.” –Lucius Annaeus Seneca

With 2017 winding down, it’s hard to believe another year is coming to an end.

Here’s a quick look back at some of my personal highlights from the past 365 days:

PCC? Yeah you know me!
My role as lead instructor for the Progressive Calisthenics Certification once again had me teaching bodyweight strength training workshops across the USA. I also got to teach in the UK, Poland and Australia!

It’s a privilege and an honor to continue to teach the world’s #1 bodyweight strength training certification all over the globe. If you’ve ever wanted to train with me in person, the PCC is the place to be!

Get Strong and Universal Strength
2017 saw the release of my latest book, which I co-wrote with my brother Danny Kavadlo.

Additionally, I released my first-ever online video course this year, called Universal Strength. The initial response from the first wave of people who went through the program was even better than I had hoped!

Universal Strength is currently closed for registration but will reopen in January. In addition to the 30-day structured video course, Universal Strength members also get access to my new premium membership club, where I’ve been uploading exclusive videos and answering people’s questions personally. I’m very excited to continue Universal Strength in 2018!

App-solute Value
My animated We’re Working Out! App got a new update this year!

We also added a tracking feature so you can record your workouts and monitor your progress.

The app is available for both iOS and Andriod.

Go check it out!

Media Player
I appeared in several magazines this year, including TRAIN magazine and Men’s Journal. I was also featured in Poland’s #1 strength training publication, Body Challenge.

And of course, I continued creating content for various websites throughout 2017, like Bodybuilding.com, T-Nation and Mark’s Daily Apple.

Here are links to my top five articles that I published in 2017 (you may notice a theme):

Nailed It!
In addition to continuing to refine my calisthenics practice, I also began dabbling in some other feats of strength. This year I learned to tear a deck of cards in half and even started bending nails!

Damn it feels good to bend steel! Thanks to @hairculese for helping me achieve this feat! That's a 6" long 1/4" thick carriage bolt for anyone keeping score. The wraps are so I don't destroy my hands, though i hope to someday perform this feat completely barehanded. 😄💪 #GripStrength #OldSchoolStrong #OldtimeStrongman #BendingSteel

Attitude of Gratitude
I’m extremely grateful for all the good fortune that I received this year and I owe a big “thank you” to everyone who read my articles, purchased my products, or supported me in any way this year. I appreciate your continued commitment. Onward and upward in 2018!